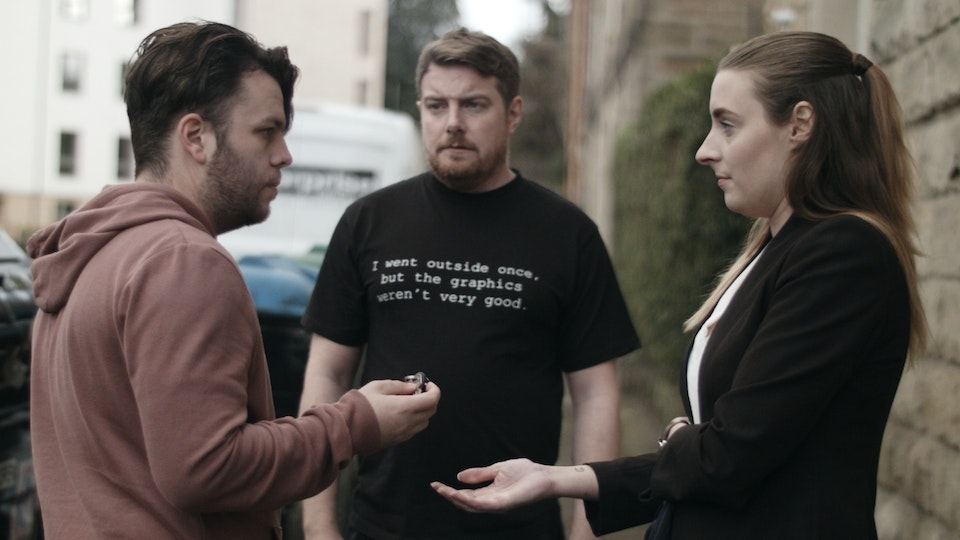 The team behind short comedy film Between Couches (director: Adam Harper, writer: Andrew Watson) has announced that they taking part in the Lift-off Film Festival. It is currently being streamed on Vimeo all week as part of the Lift-Off Sessions January 2019.

You can watch Between Couches and 111 other films that are also taking part and, if you feel so inclined, you can also vote for our film! The top 5 films will then go to Lift-Off's official judges and the winner will get a live screening at Pinewood Studios.

In Between Couches, a harmless drifter breaks into a flat for shelter only to be confronted by the tenants aggrieved ex-boyfriend, who has arrived to pick up a couch. We shot the film on location in Edinburgh with a predominately crowdfunded budget of around £1000. The cast and crew did a good job executing a simple, yet really funny script.

Head to the Lift-off Film Festival Vimeo channel now if you would like to watch the film.