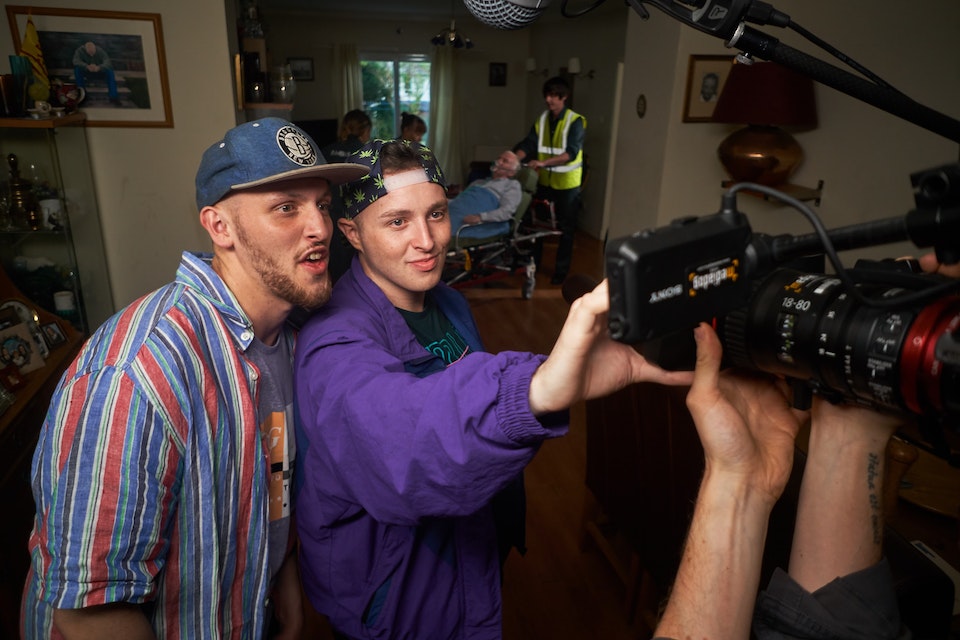 I teamed up with Paul Black, Up Helly Aa Productions and Shakehaus to bring you Pity Party, a sketch show special which was broadcast Friday 1st November at 23:30 on BBC Scotland. It is available to watch via iPlayer NOW!

Sketch show special by Paul Black which sees Paul and his brother/frequent collaborator Mark Black play a host of new characters as well as reprising their roles as fan favourites Courtney and Maw.

Characters include Ethan and Jaden, obnoxious American Youtubers who torment their elderly Scottish grandparents with cruel pranks in order to gain as many views online as possible; Kandice, an aspiring influencer attempting to become the next Kylie Jenner; and a young man named George Michael Jr, who is building up the courage to finally tell his gay mums that he is in fact straight.